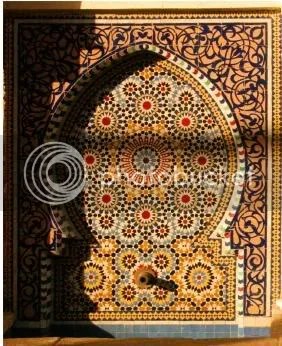 At times I get obsessed.  It’s TIME!   For a few weeks, I have been reading, testing and tasting everything Moroccan.

I was first introduced to North African cuisine as a student in France back in the 80s.  I mostly stayed within the boundaries of the Couscous kingdom, but learned about merghuez, a spicy lamb sausage that is often served with Couscous.  Going to the Couscouserie was so cheap and I really enjoyed the mounds of couscous soaked in spicy, tangy broth and grilled chicken, beef and lamb.  Also, North African society is so different from French society, it made a huge impression on me.  It was so enriching to have two such old and beautiful cultures next to each other as a young American.

Recently, as luck would have it, I was intrigued by a demonstration I saw of someone making Preserved Lemons. 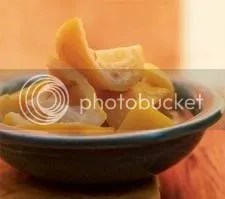 Preserved Lemons are a popular ingredient in Moroccan cuisine, and I was struck at how easy it was to do it.  In modern society with refrigerators and freeze-dried technology, we forget that for most of human history, salt was how your preserved food.  Preserved Lemons are basically lemons that are slowly cooked in salty water and kept in a jar for up to 6 months.  As I learned about how to make the lemons, I discovered a truly awesome dish called Tajine. 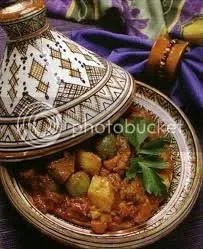 Tajine refers to the earthen-clay pot that the ‘tajines’ are cooked in.  Essentially stews, tajines mix meats, lamb, beef, chicken with a mix of spices that will send your taste buds into the stratosphere.  Cooked slowly, a tajine recipe calls for:  turmeric or saffron, cumin, paprika, preserved lemons, garlic and ginger.  The meats absorb the flavors best when you allow them to marinate for 24 hours and then you simply cook the meat with water slowly for an hour or so.  The really cool thing is that you can add sliced Preserved Lemon skins that add an amazingly interesting taste to the stew.  Also, olives or other vegetables are added as well.

Moroccan cuisine is not bereft of bread recipes and one that I find really good is called Batbout.   It is essentially pita bread that you make on the top of the stove and it mixes white flour and semolina flour to form a hearty accompaniment to the tajine.

And finally, a new recipe that I have been playing with is called Zaalouk, featured on the website as the recipe of the week.  Zaalouk means eggplant in Berber and is a cooked salad with eggplant, tomatoes and spices.

If you make the items that I have featured in this blog, you will begin a journey into the cuisine of Morocco and North Africa that you will never regret.  Bon Appetit!