Soy Sauce – the Emperor of Asian condiments – has a history that spans nearly 3000 years.  It has been exported to nearly every corner of the Earth — even Eskimos dip slices of whale blubber in it!

Soy’s history, as with many culinary discoveries, was most probably based on necessity.  In ancient China, salt was a prized commodity and often a rarity for some and often a reason to go to war.  Control of the salts mines and salt flats pitted Dukedom against Dukedom.

It is thought that to stretch the salt that the average Chinese would be allowed to possess, they added it to soy beans and wheat creating a paste that would not only give them the salty flavor they desired, but also added rich new level of flavor from the fermented soy.

In Chinese, “soy sauce” actually means “paste or jam oil” and refers to how soy sauce is made.  Starting with a fermented mash of soy beans and wheat kernels, salted water is added then the entire mixture is strained.  The Chinese have essentially two types of soy sauce, ‘sheng chou’ which is the first strain and the lightest and ‘lao chou’ which is allowed to ferment longer and often has molasses and other starches added. 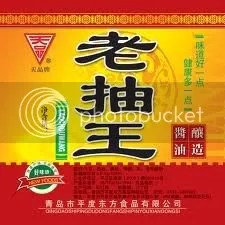 As with many things Japanese, soy sauce was imported from China around the 7th century AD.   No slave to Chinese methods, the Japanese faced the oncoming Chinese Soy assault with the determination of a Jedi Knight by embracing the new condiment yet adding decidedly Japanese characteristics to it.  The Japanese have several more types of soy and their preparation methods are slightly different than traditional Chinese methods.  Well known in the West, Tamari is a soy sauce nearly free of wheat and was the first type of soy sauce developed by the Japanese.

The one amazing thing the Japanese did however was tell the early Dutch explorers about soy, which the Japanese call ‘shoyu’.  The Dutch must have enjoyed the first tastes of this salty sauce because they brought it back to Europe where it was introduced as ‘soyu’ or ‘soy’, hence the word we use today. 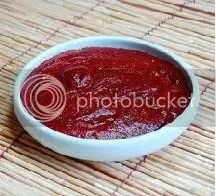 Korea, not to be outdone by its Japanese neighbors, has taken soy paste and made some of the most amazing and delectable pastes known in world cuisine.  Employing their secret weapon – their explosive, red chilies – the Koreans invented ‘gochujang’ which is a mixture of soy paste, rice and their beloved chili pepper.  It is simply FANTASTIC!!  and is used as a rub, condiment and dipping sauce for meats, fish and vegetables.

And finally, even the Americans have joined the Soy Wars most notably in Kentucky.  I came across this soy sauce, I think from watching Martha Stewart.  In the heart of Bourbon country is a sauce known as Bluegrass Soy made by a company called Bourbon Barrel Foods.  I’m including their website here because you just HAVE to check it out!  http://bourbonbarrelfoods.com/shop/sauces/bluegrass-soy-sauce-5-fl-oz.

With no clear winner of the Soy Wars, it is really fun to cross enemy lines and enjoy the various subtleties and nuances of the Soy Sauces and Pastes from around the world!  Enjoy!