The Garbanzos – Circus Family or Bean?

The Garbanzos – Circus Family or Bean?

Recently a friend of mine made an amazing Indian meal that featured a dish made with chick peas.  It was a wonderful amalgam of spices, chick peas and vegetables.  The chick pea of course is not  exclusively Indian and appears in many cuisines in the world from Italian to  Middle Eastern.  Hummus is the Arabic word for “chickpea”. 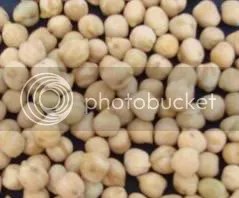 So as we were eating this outstanding Indian meal, we started to talk about the chick pea.  I wondered where “garbanzo bean” came from.  “Garbanzo sounds like the name of an Italian Circus family”, I said, “like an acrobat family, you know?”  “We call them chi chi beans in my family” said another Italian-American friend of mine.  And I thought, wow. lots of names.   So with all this in my head, I needed to sit down, and figure it all out.

Latin. Things always seem to start there for us Westerners.   In Latin, the chick pea was called cicer related to the name Cicero.  Some say because the wart on the end of Cicero’s nose resembled the chick pea.

From Latin cicer became ceci in Italian and ciche in French.   1066 brought the word and the legume to the shores of England and the English called it the ciche pease which eventually became Chick pea. This evolution is logical and makes sense so where does Garbanzo bean come from? 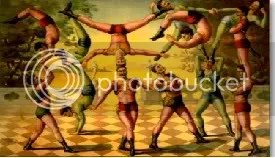 Is it named after the Italian circus family?  NO!   Most likely, although it’s disputed, garbanzocomes from Basque into Spanish.  In Basque it is thought that garbanzo is a compound word, made up of garau, seed + antzu, dry.

Hmm, time for some hummus!!