Happy Thanksgiving to everyone.   Since it’s the first Thanksgiving as the Language Chef, I decided to talk about – what else? – turkey!

Turkeys are native to North America and have been an integral part of the diet of native peoples for thousands of years. 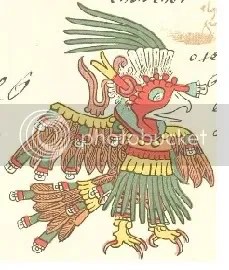 About the time the Aztecs discovered the Spanish, they had not only domesticated the ‘huexolotlin’ (turkey) but also had two festivals celebrating the bird’s grandeur.   The festivals were most likely payback since the turkey provided the Aztecs with a good source of food.  They produced rapidly and bore lots of protein-filled eggs.

The Spanish, instead of using the Aztec word, bestowed the Latin word for ‘peacock’, ‘pavo‘,upon the newly discovered bird.   The turkey must have reminded them of its kingly Spanish cousin, the peacock, which the Spanish call ‘royal turkey’ or  ‘pavo real’.

The Italians decided to look to the French for their word for turkey.  Explorers described the turkey as having spotted feathers, using the word ‘tache’ meaning ‘spot’ as in stain.  The  Italian word, ‘Tacchino’ is related to the word ‘tache’.

The French call this infamous bird  ‘dinde’ which has everything to do with where they thought it came from.   Jacques Cartier and his cohorts were all trying to get to India which, in French, is Inde, and ‘from India’ is rendered as “d’inde”.  When they saw the turkey they called it ‘Poule d’inde’ , hen of India, then it was shortened to just dinde. 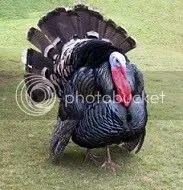 In German, the words ‘pute’ and ‘truthenne’ both mean turkey with one being a northern German word and the other from the south.  I giggle every time I see ‘pute’ because it’s also the French word for ‘prostitute’.

In Chinese, the word turkey translates as ‘Fire Chicken’ (huo ji) .   Compared to the ordinary chicken, the Chinese think a turkey looks like it’s on fire.

And finally, English!    Why is a turkey called a turkey?  Have you ever wondered?  Well, here’s the  reason.   A bird called a guinea fowl was first introduced to Europe by way of Turkey ( the country), so when the Europeans saw the turkey in North America, they mistakenly called it ‘that guinea fowl from Turkey’, later shortened to just turkey.